The Room trading unofficially started on Thursday night September 3rd. Some of the dealers and collectors that had checked in on Thursday started buying and selling. I got to the hotel Thursday night and unpacked. Then went to get something to eat. After that I headed to bed. Friday morning I got up and checked the board in the lobby that had a list of the rooms that were taking part in the room trading.

After writing down the room numbers & names I got started. The first room I went belonged to Rick Eder. He had plenty of vintage toy soldiers. Mostly Marx. Here is what I saw.

The next room I went to was room #133. Inside was Eric Koopmeiners. He had some Marx figures and playsets.

The next room I went into was #134. Inside was Rick Keller and Rick Lipp. There also was a look of Marx figures and playsets. One bed was covered with Marx vehicles.

Larry Lovely had a ton of plastic figures. He had plastic storage bins filled with figures at really cheap prices. Some bins where filled with Marx figures and others with all kinds of brands.

The next room belonged to Steve Connell. He had some vintage toys, bags of plastic figures and painted metal sets.

Inside Rod Chapman’s room was some Britain figures and vintage toys.

The last room I went to before I took a break was the room that Bill Richardson was in. He also had a bunch of mainly Marx figures and vehicles. He had a lot of good deals.

After I took a break I went to Joe Baker’s room. He had a lot of custom made figures that were made by Speira Miniatures on display. Plus some toy soldiers and other toys for sale.

That was it for the first day for me. I went out to get something to eat and then got my room ready for the room trading for Saturday.

Inside my room was mostly LOD Barzso products. I also had some plastic figures in bags that I have picked up over the years.

Day two was more of the same. There were a few more dealers. I spent most of the day inside my room and went around to visit some of the rooms. Next to me was Bob Hornung. Inside his room he had his custom made metal miniatures. He sculpts, casts and paints each figure. It is Art in Miniature.

One of the last rooms I visited was Mike Volk’s room. He was setting up and I took a few pictures. I took a bunch of pictures of his custom pieces at the show the next day.

That is it for the room trading. The crowds were smaller as expected. But the collectors that did come spent their money. I did nicely on with the room trading. I will have the second part of the the review posted in a couple of days. Most likely tomorrow night.

If you missed the Tippecanoe Show you can go to the Columbus Toy Soldier Show next month. This should be the last major Toy Show of the year. The last show had plenty of dealers. It will be the same here too. I will be bringing LOD Barzso figures and foam buildings. This year the show is in a new location. You can read the information below.

Thank you for reading. That is it for now.

We are less than a week away before the Tippecanoe Toy Soldier 2 Show starts. I have been gathering some of the toys I have and will be selling them at the show. It is a mixture of new and old plastic figures for the most part. Some die cast tanks and a few playsets. Plus some foam buildings. I also will have a display of my Anglo-Saxons that will be ready some time early next year.

It has been a while since I have posted anything. I have been working a lot and have not had the time. I will have a few about the Tippecanoe show. First it will be about the room trading and then the show itself.

I can’t wait until this virus goes away. I already had it early this year. Luckily it was mild. Because of the virus most of my plans for this year have been dashed. I am getting ready for next year with my plans. I have been working on a few different things.

Tippecanoe & Toy Soldiers 2 Show
Featuring the best toy soldier dealers of the Midwest and from around the country, covering metal and plastic, dimestores, playsets, individual figures, and more!

Where:
Courtyard by Marriott
Conference Center
150 Fairington Ave.
Lafayette, IN 47905

That is is for now. Thank you for reading. 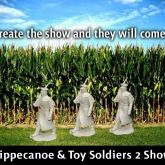 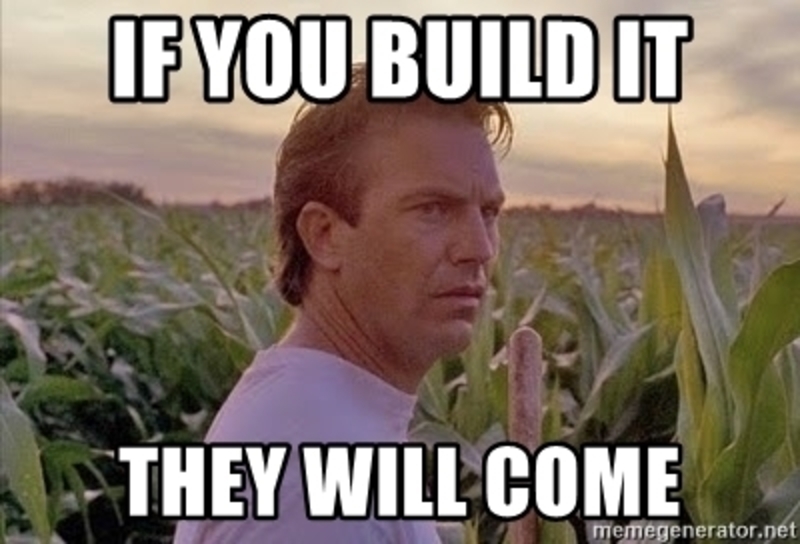 The MIDWEST TOY SOLDIER GROUP is hosting a toy soldier show this September in Lafayette, Indiana. There was a demand for this since the Chicago Toy Soldier Show had been cancelled. They are calling the new show “Tippecanoe & Toy Soldiers 2 Show”. Titled after the Battle of Tippecanoe which took place near the location of the show.

The show takes place on Labor Day weekend Sunday, September 6th from the hours of 10 a.m. to 3 p.m. Plus ROOM TRADING on Friday, September 4th & Saturday, September 5th through out the days. Located at the Courtyard by Marriott’s Conference Center, 150 Fairington Ave in Lafayette, IN 47905. You can read more about the show at http://www.mwtoysoldier.com/. I will have a table at the show and will be doing a report on the room trading and show. You should make a mini vacation around this show because who knows what is going to happen later on in the Fall. 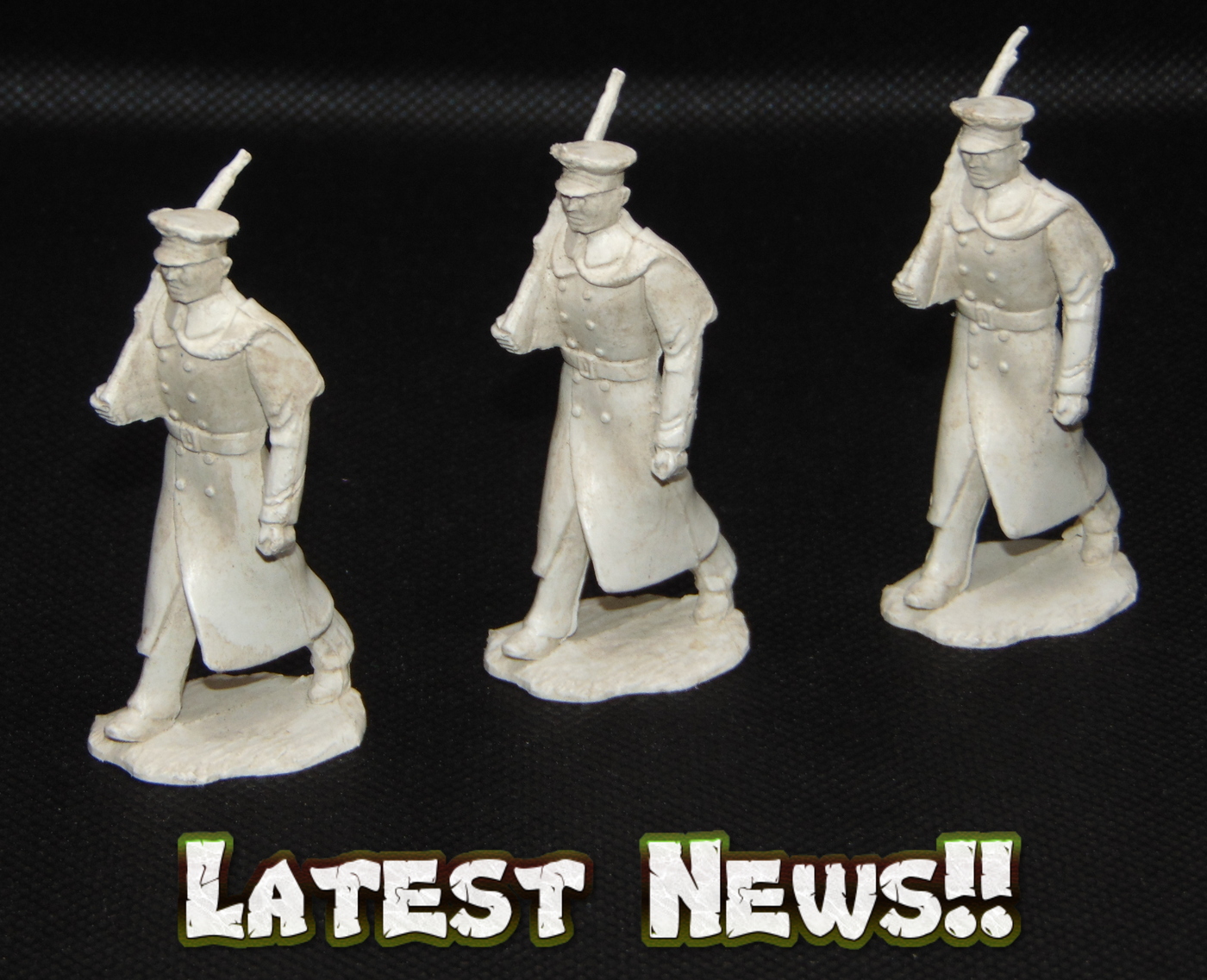 I have a few updates on some products that are now released or will be released in the near future. 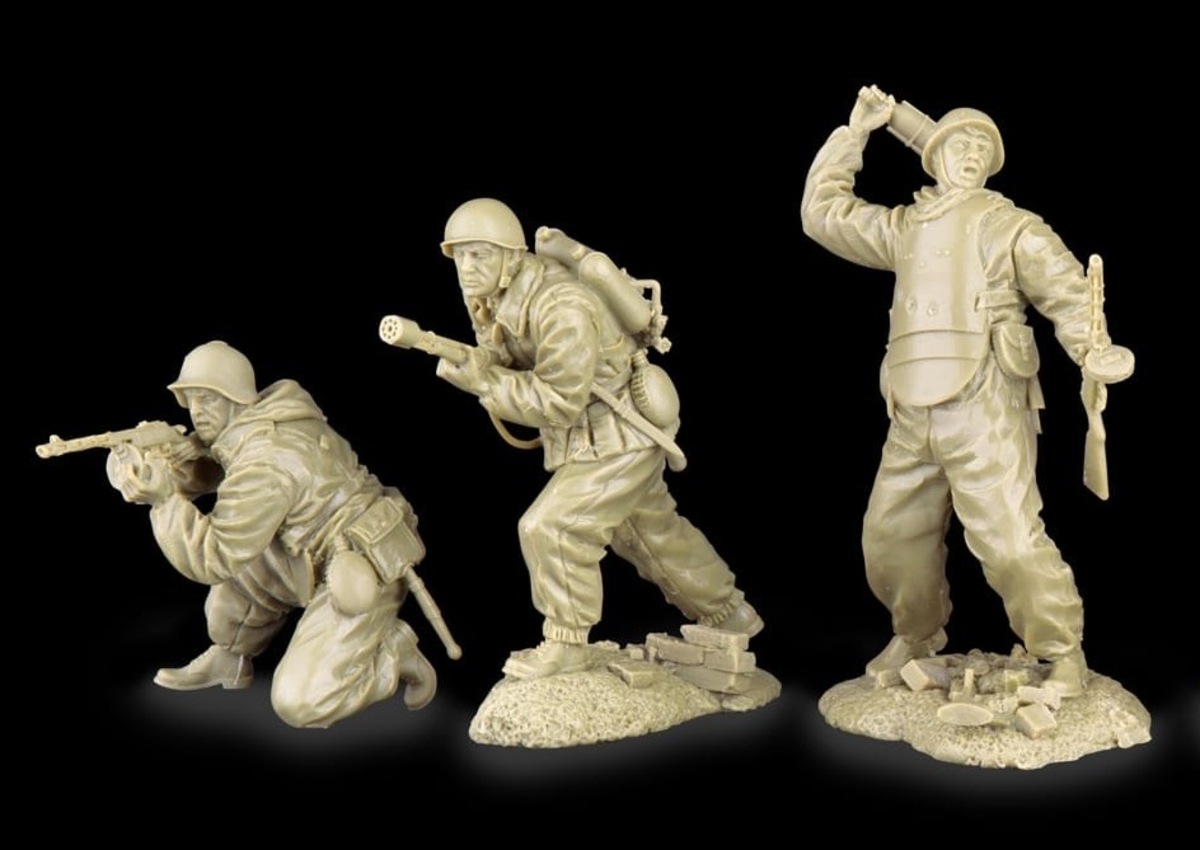 The Plastic Platoon WWII Russian Assault Troops are in production now. They really look nice. Some of their best work. 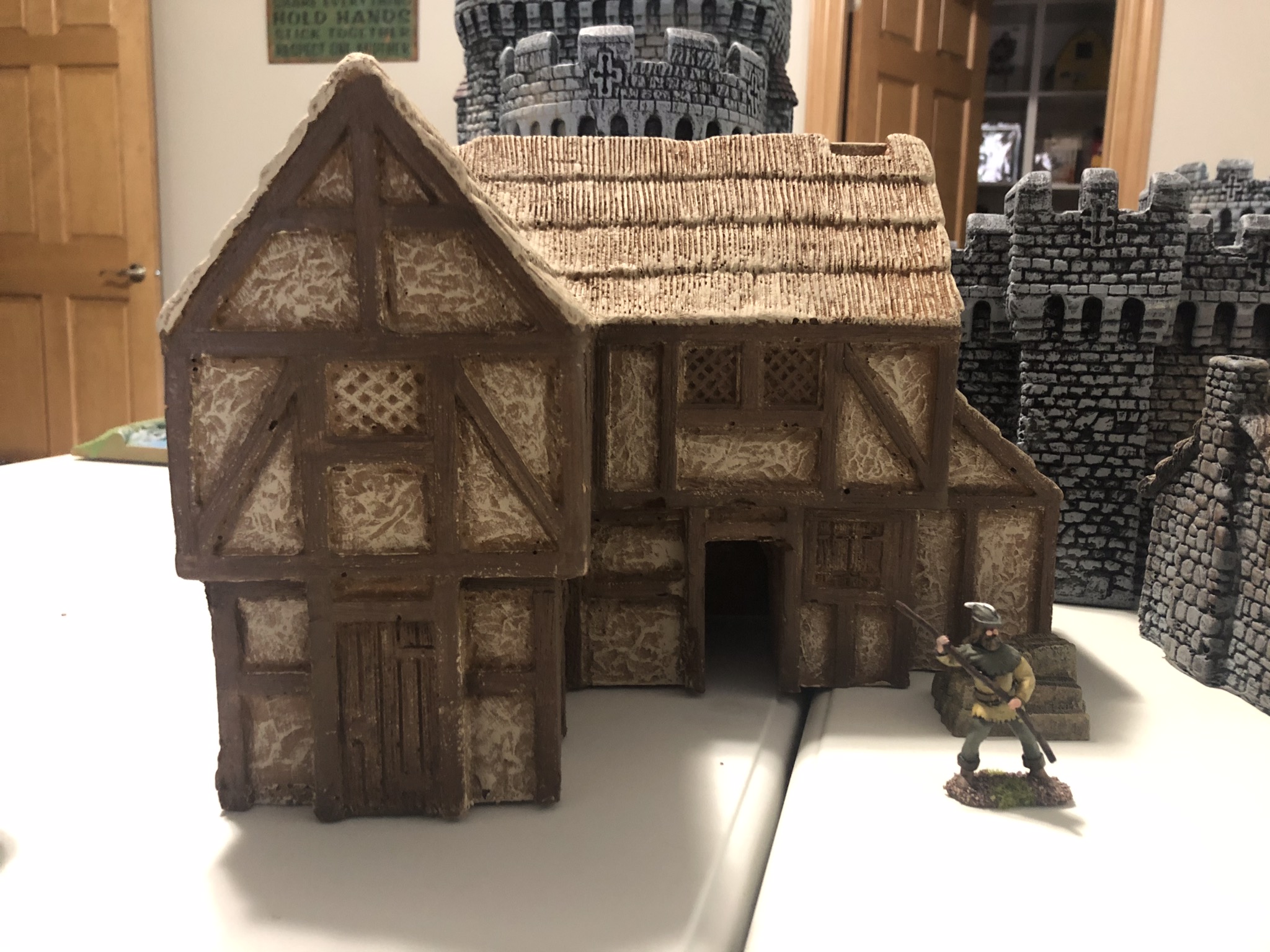 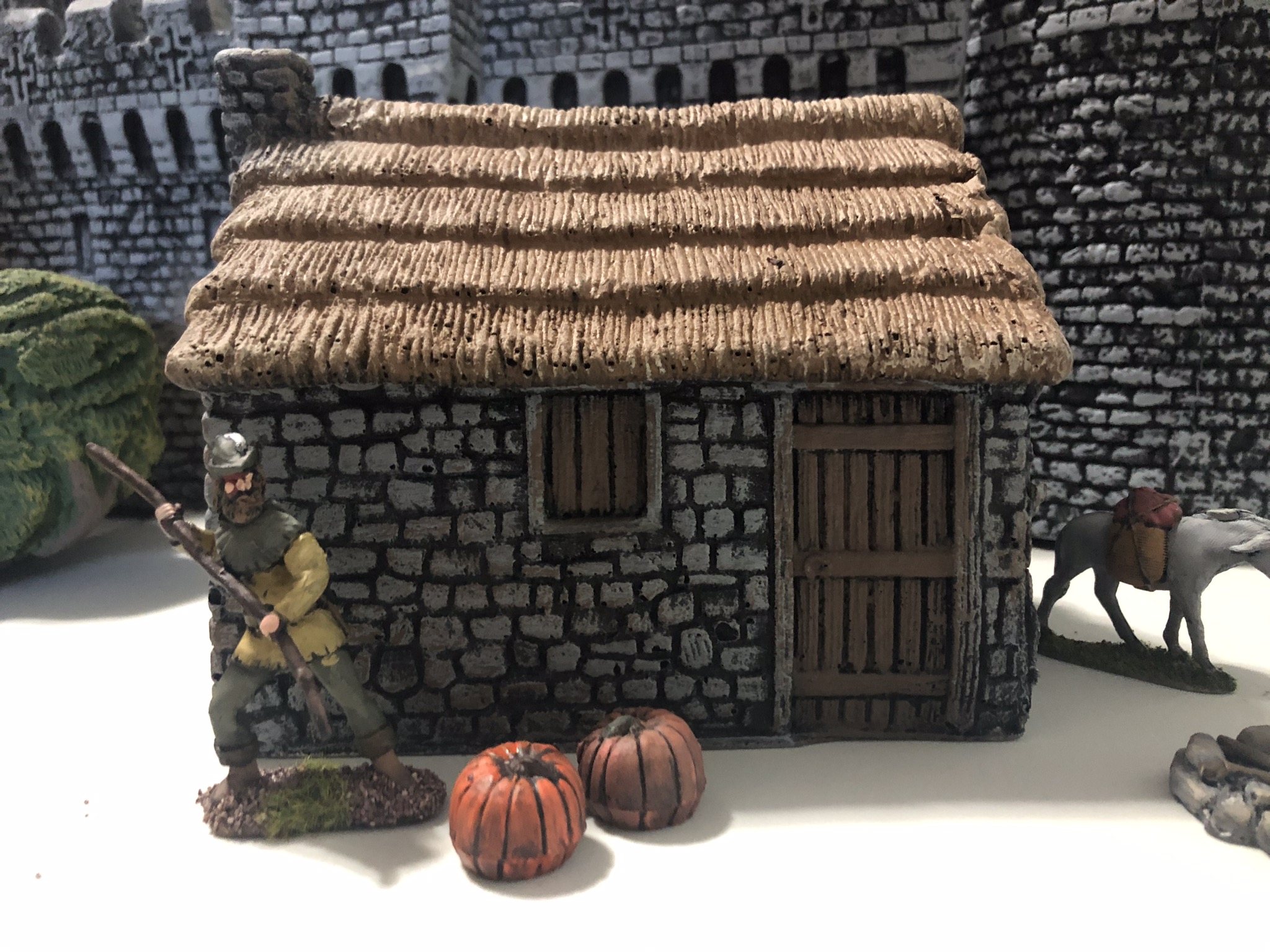 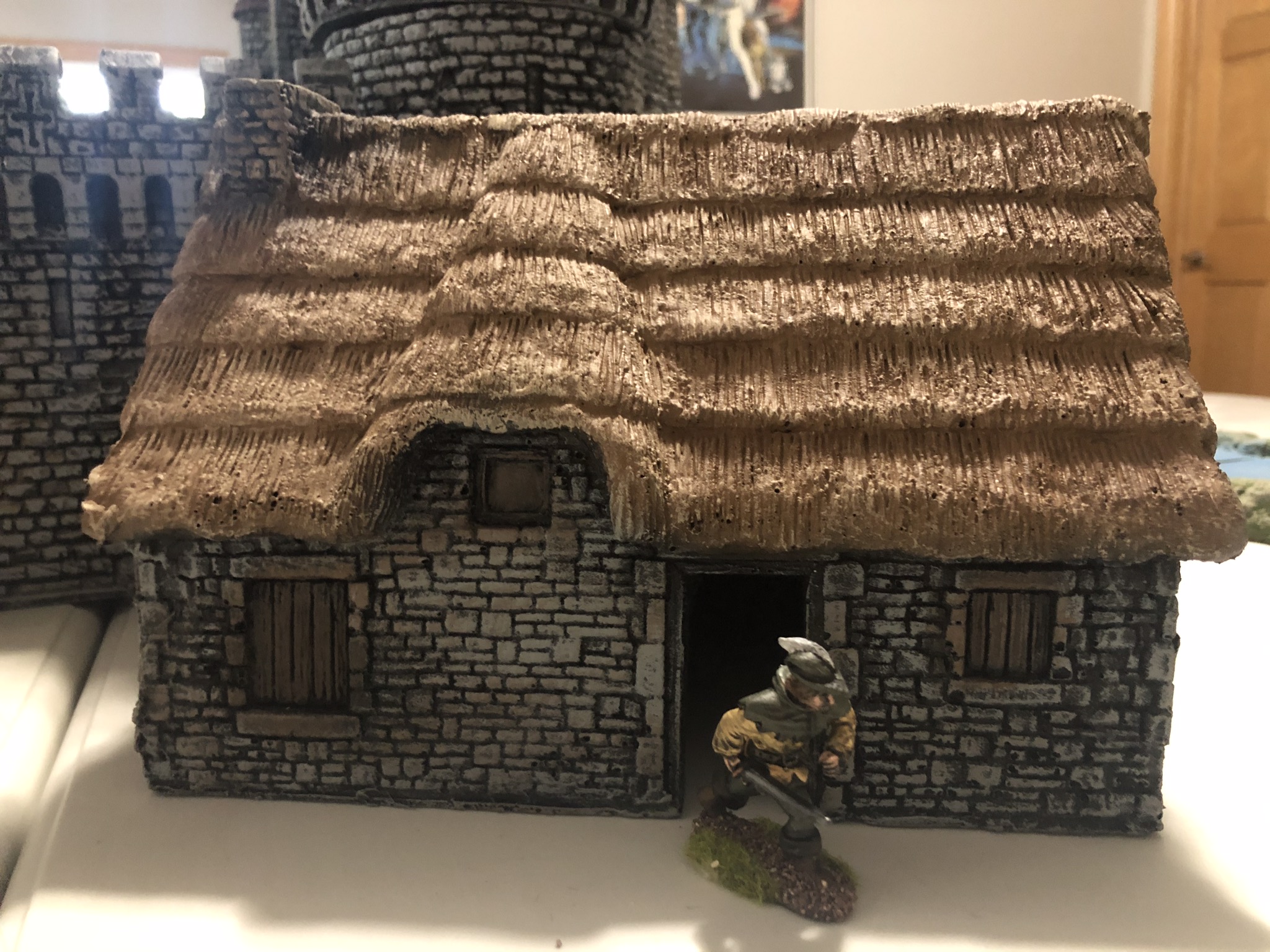 LOD is really busy remaking the Barzso Playset products. Besides the new figure sets they have been re-issuing. They’re releasing the old Medieval houses & cottages. They’re also working on other products. You can visit their page by clicking on this link https://lodtoysoldiers.com.

Well that is it for now. Thank you for reading.