In 2013 Austin Miniatures started production of plastic toys soldiers plus foam buildings, terrain bases and accessories. Their figures can be compared to Conte figures in scale and detail. The first figure set made was of cowboys. They followed later with a set of Marines for the Pacific Theater. 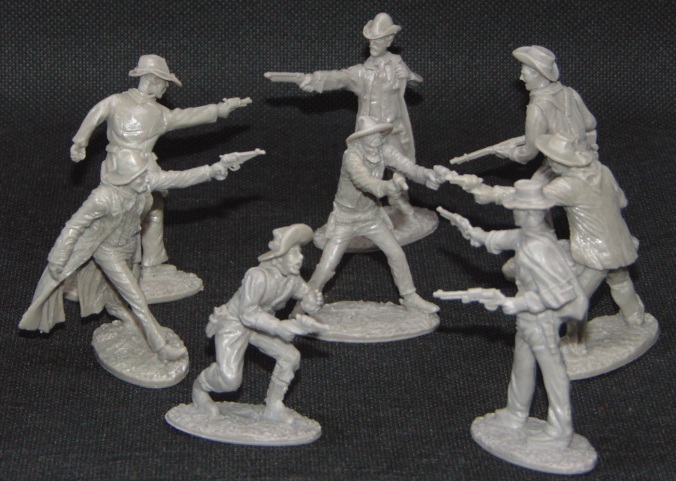 I noticed their figures about the time I started collecting again after about a 10 year absence. I had picked up a set of the WWII Marines a couple of years ago. They have nice details and mix well with other brands. 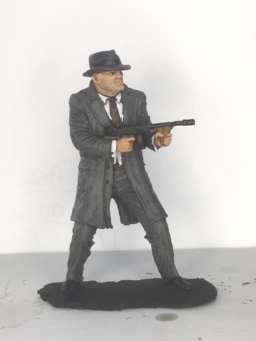 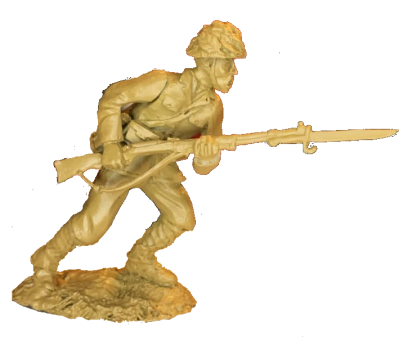 Warhorse Miniatures: Hi Austin. My first question is; can you tell us about yourself and how did Austin Miniatures get started?

Austin: My name is Austin Beidelschies, I am 19 years old and I am the concept artist and painter for Austin Miniatures. My dad (Dan Beidelschies) started up Austin Miniatures in 2013 and named the company after me in hopes that I would eventually take over the business. Which I am most definitely going to do. The passion for toy soldiers started with my dad when his mom bought him a Marx Battleground Playset when he was just 8 years old. Like some of us he “grew up” and got rid of his toy soldiers. He still regrets doing it to this day. It wasn’t until his late twenties that he reconnected with toy soldiers again. He saw Conte’s Airborne figures on the internet and was so amazed at how detailed they were. So then I got to grow up with all these great WW2 figures from his collection. He would make these giant dioramas that went from the kitchen to the end of our living room. Playing with Conte’s WW2 figures is how my passion for toy soldiers began. I was around 14 years old when we released our western figures. Since I have grown I have been becoming increasingly more involved into Austin Miniatures. Just last year I created some concept sketches of a new set of WW2 US marines and now they are in the hands of our sculptor who is making a new set of US Marines. These will be the first Figures coming from Austin Miniatures that I have designed. 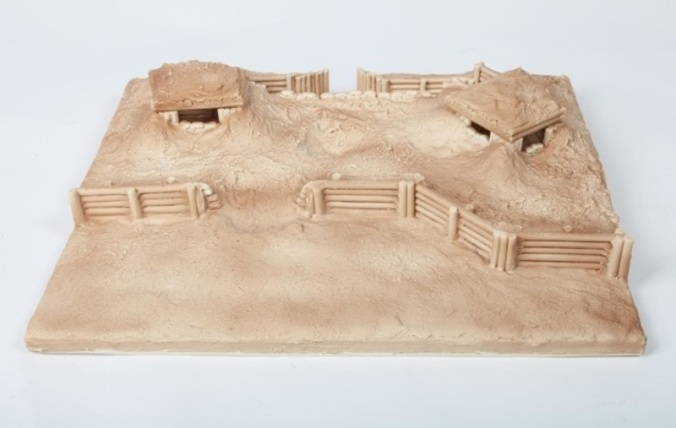 Warhorse Miniatures: I recently picked up some of your cowboys the details are really nice. Why did you start here as your first set of figures?

Austin: We decided to do cowboys as our first set because we love the idea of the wild west. This era of American history happened very fast but so many awesome characters and battles have came from the wild west era. My dad grew up watching many western movies. It just seemed right to make cowboys for our first set.

Warhorse Miniatures: I have seen your prototypes of the WWII Japanese Infantry for a few years now and heard you were supposed to produce that set years ago. Can you tell us more about this?

Austin: We have been teasing you with the Japanese figures for a very long time. The simple answer as to why you don’t have them yet is life. We are not a multi million dollar corporation like Hasbro or Mattel, we are just normal everyday Americans. Sometimes life gets in the way of our goals and aspirations. But they are going to be available for purchase this year so we can all look forward to that. Trust me I want to make shooting noises and knock over the Japanese figures just as much as you guys do. We at Austin Miniatures are just as much collectors as we are producers. 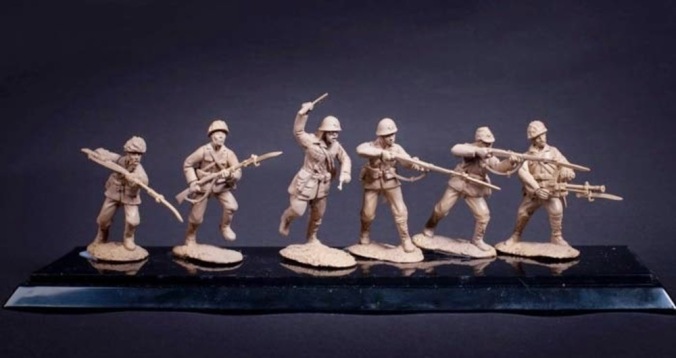 Warhorse Miniatures: This year looks like it might be a break out year for you with the announcement of a few news sets to be produced. Can you tell us more about your plans?

Austin: So for 2019 we have 3 new sets planned as well as a pacific theatre playset. We have another set of WW2 US Marines coming after the Japanese. The new Marines are being sculpted as we speak and will include 2 riflemen, an NCO with a Thompson, a Navajo code talker radio man, and a new and improved BAR gunner. Included in the set will also be interchangeable arms and equipment. This will be very useful for the guy who likes to convert their figures. For example; the radio man can swap his radio for a backpack turning him into a standard infantryman. Maybe you want him to have an M1 Garand instead of a carbine, you can do this with our new set. Because of our new system we were also able to include the parts to make a Marine with a Winchester model 97 shotgun which I am very excited about. After the Marines we have more cowboys in the works. So far the new set of cowboys will include a Mexican bandito, “Old Timer”, an Indian scout, and the kneeling rifleman that we have not yet released yet. As for the playset it is going to include everything you need for a battle in the pacific. Marines, Japanese, one of our foam battlefields, BMC amtracs, Pegasus palm trees and some other accessories. If this playset sells well you will definitely see more playsets from us. We have all those awesome western buildings so it only makes sense to do a couple western playsets.

Warhorse Miniatures: Are you planning on releasing the playset this year will you be releasing it for next year?

Austin: We are planning to have the playset ready for sale at this year’s Chicago toy soldier show.

The playset could look something like this? These are pictures from the Austin Miniatures. 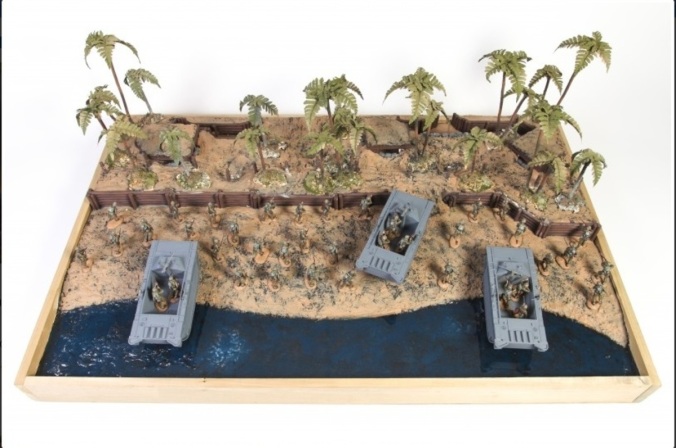 Austin: We currently have no plans for medieval or colonial figures. However we are gonna be coming out with a bunch of new stuff in the next couple of years. I will just say that NOTHING is off the table. We are collectors just like you guys, except we can produce figures. So we might see a new movie or read a new book that gets us excited for a certain battle or war. If there is enough demand for something we will definitely consider it. There are many sets that I personally would like to produce. World War two is my favorite time period so I would like to make Waffen SS and US GI’s some day. The big conflict when I was growing up was the war on terror in the Middle East, I have always wanted to make modern marines and insurgents. The possibilities for the future of Austin Miniatures are endless. I believe the future of the toy soldier hobby is very bright. The third “Golden Era” of toy soldiers is coming.

Warhorse Miniatures: Here is my last question. I would like to thank you and your father for taking your time to answer the questions. Is there anything else you would like to say to the collectors?

Austin: Thank you for the interview! The only other thing we would like to say to the collectors is thank you for your continued support to Austin Miniatures and to all the other great producers in the toy soldier community. Keep an eye out for our new products, we will be posting pictures of our new sculpts as we get them. 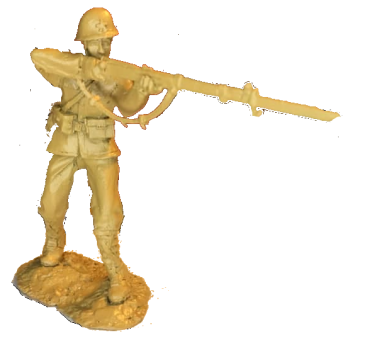 Here are some comparison pictures below of Austin figures with some other brands out there.  Their Pacific Marines are some of the best World War II plastic figures since Conte released his WWII figures. 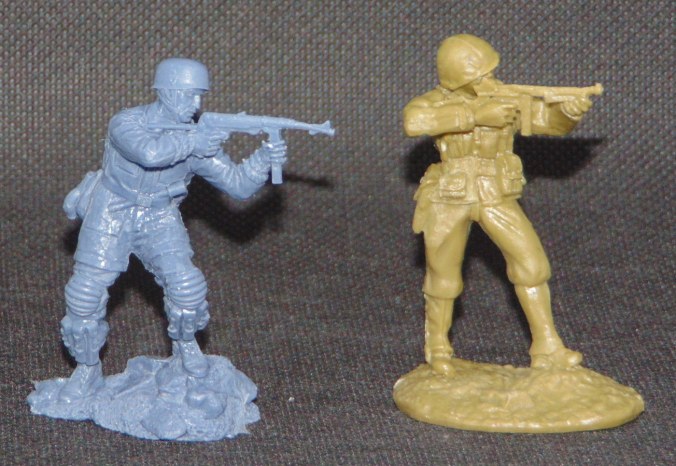 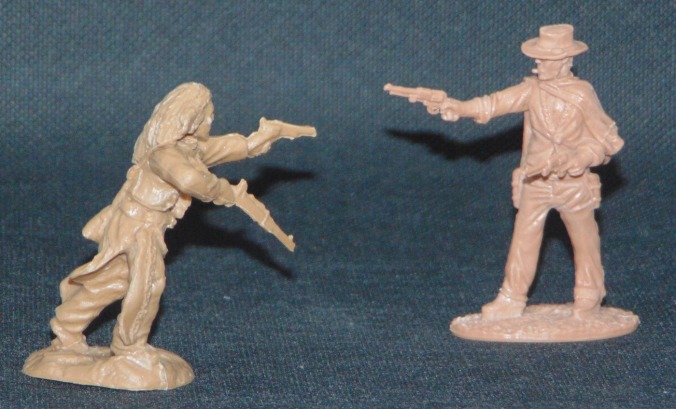 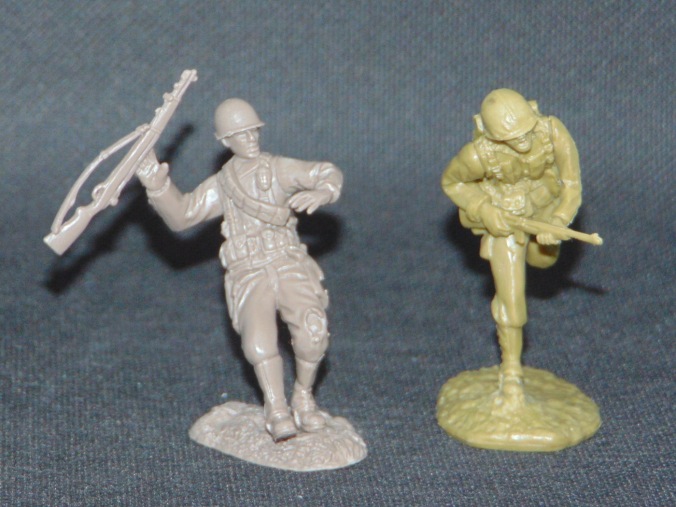 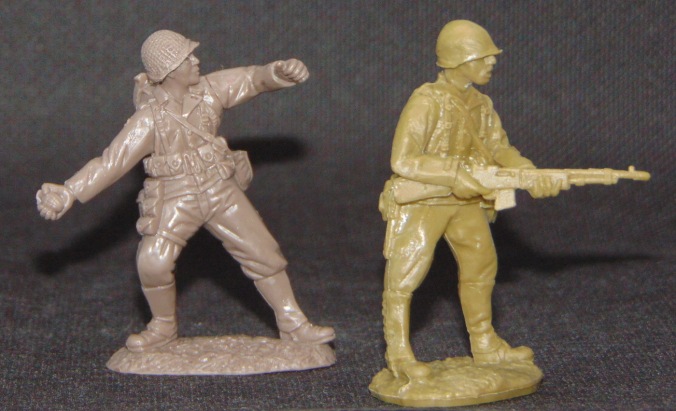 If you like to make displays or dioramas, their foam buildings are really nice. Some detachable roofs and/or 2 stories. They also have a few accessories, like a Gallow. 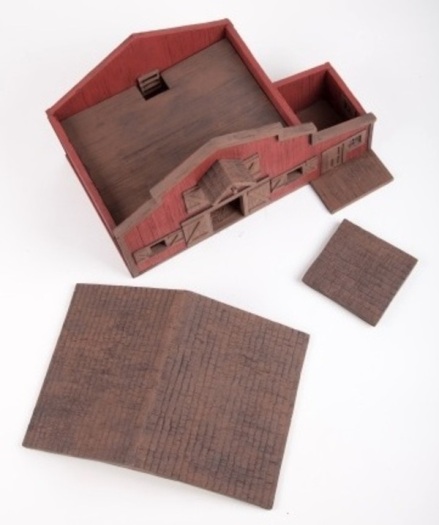 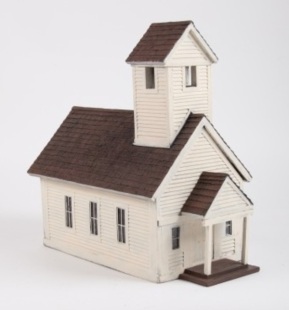 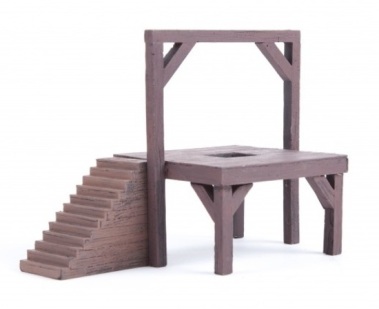 I am excited about the news of the World War II Japanese Infantry and future WWII sets. It was nice to also talk to someone that is young and so passionate about the hobby of Toy Soldiers. It looks like Austin will be taking an active part for a long time. The future does look bright. I hope we do enter another “Golden Age”. 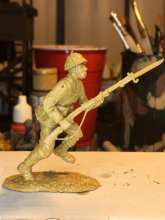 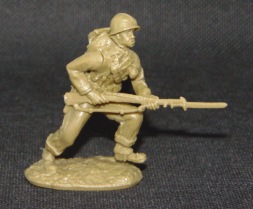 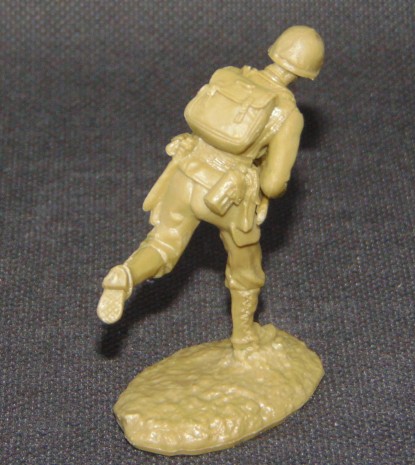 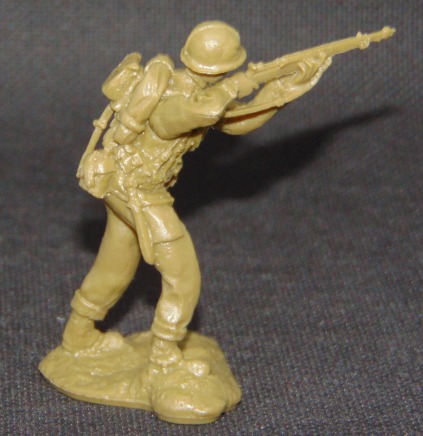 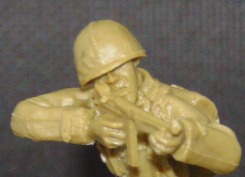 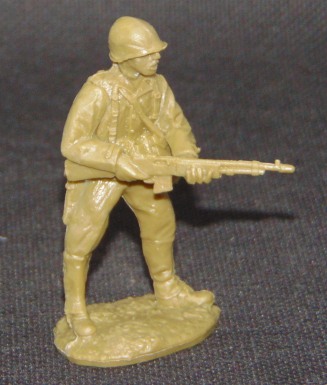 Thank you for reading. That is it for now 🙂

One thought on “An Interview with Austin Beidelschies of Austin Miniatures.”