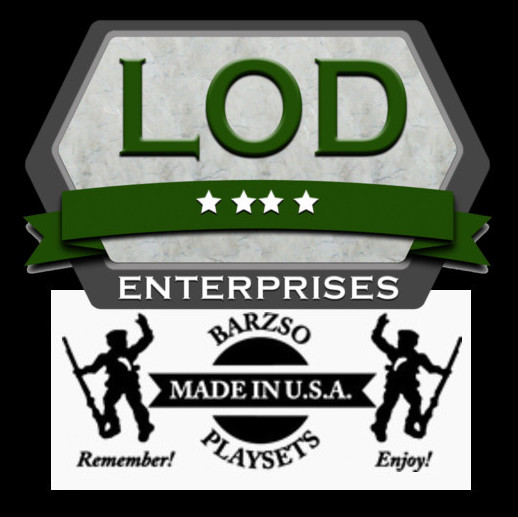 The news just came in. Ken Ciak of LOD announced that they have purchased Barzso Playsets. So what does that mean? Well I was lucky enough to talk with Ken this week and ask him a few questions. Here are some highlights about the transaction.

~ LOD owns all the rights to the figures & foam buildings & terrain pieces and other items.

~ They will keep the Barzso name on the products like the earlier molds they had purchased.

~ Ron is going to stay on and consult for at least a year.

~ Production of the Barzso figures will done in Indiana.

Last week Ken posted this picture on Facebook. He left an “easter egg” of things to come by adding some of the classic Barzso figures. I had a feeling that something was in the works. I have been wishing this would happen since I found out that Ken started recasting some of the plastic Barzso sets and when they had both worked together on the last Barzso playset. Barzso playsets is a major part of my collection. So the news that LOD will continue with the Barzso products is an early Christmas gift.

Earlier in the week I was talking to Ken about a post I was working on and some other things. He mentioned to me about his plans. I was sworn to secretly and I am proud to say I didn’t break, lol. I put some questions together and Ken found some time in his busy schedule to answer them.

Warhorse Miniatures: I know that you have been working with Ron for a while, so this is really not a surprise to me. Can you tell us how all of this went down?

Ken Ciak: Thanks for the questions and opportunity to share a few details with you and your readers. Ron and I struck up a friendship back in 2015 as I released the initial War at Troy figure set. With us both being from the Midwest and three hours apart, we have ample opportunity to get together and visit on the hobby. I purchased four of his figure molds that are at the same factory in 2016 and we collaborated on the Yorktown Playset in 2018. He wore me down

. No, just kidding. We discussed the future of the company and agreed on the value in keeping these popular products in the marketplace. While I am still relatively new to the hobby (and production), Ron and I both agreed that it was a good fit to keep the Barzso products available while also finding new markets and outlets for them.

Warhorse Miniatures: I bet collectors would like to know your plans. You said you have all the rights to the figure molds and foam piece molds. Do you have plans on recasting all of these or just some?

Ken Ciak: Enterprises did purchase the company so we do have rights to all figure and foam molds. We will be assessing the market and bringing our products little by little. While these dates are not finalized, I would anticipate that we have figure sets available after January 1st. Ron has offered to work with me on a consulting basis so we will develop a plan with specific sets to re-introduce first. I will also be soliciting feedback from collectors and commit to do our best to make as many fans as happy as we can.

Warhorse Miniatures: Will the figures be recast in resin or plastic. Maybe both?

Ken Ciak: The figure sets will be recast in resin. To have them done in plastic would necessitate making new molds and would be cost prohibitive.

Warhorse Miniatures: Now that you own Barzso Playsets. Do you have any plans to continue producing playsets like the way Ron did?

Ken Ciak: That is a good question and intriguing possibility, but probably not. I know we will not be re-releasing Playsets that Barzso Playsets did in the past. Those were created at a specific time and many (most) are collector’s items. We will release components of them in figure or accessory sets for sure.

Warhorse Miniatures: Most of Barzso Playsets was Resin based. But LOD is mainly plastic injection. How is this going to effect the way LOD develops?

Ken Ciak: This is going to provide LOD with the ability to use both processes. We will continue to create figure sets with Eastcorp Toys with new lines and growth within the existing War at Troy series. The resin based molds held here in the Midwest will be accessible for recasting many of the existing sets, but also to create character figures that we do not realistically need 2,000 shots of. We are considering doing the Greek Gods and Goddesses in resin, as an example.

Warhorse Miniatures: Here is another question. I know that Ron had some finished sculpts that he never had produced. Do you plan on releasing any of those figures?

Ken Ciak: To be honest, I have not given this one any thought as of yet. I am not against doing that at all. 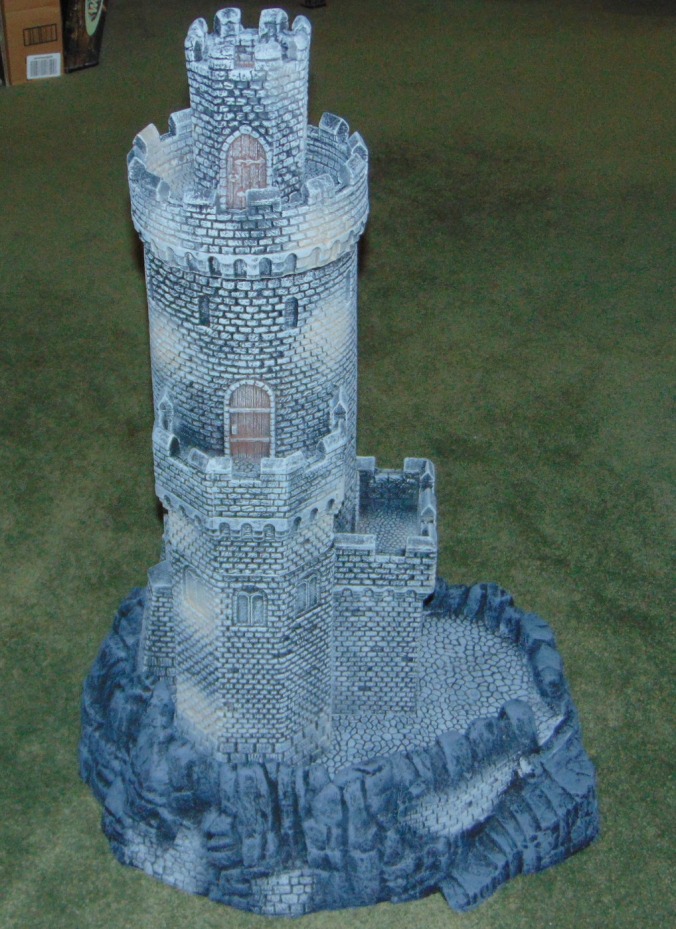 Warhorse Miniatures: Thanks a lot Ken. I just wanted to clarify one thing about the playsets. You said that you weren’t going to re-release any of the older sets. But how about anything new?

Ken Ciak: I am not sure on the Playsets at this point. They do create a buzz and are worth looking into, but figure sets and allowing the customer to create their own diorama/scene appeals to me more right now. It is a little different, but I am interested in how Austin Miniatures Playset does this weekend. 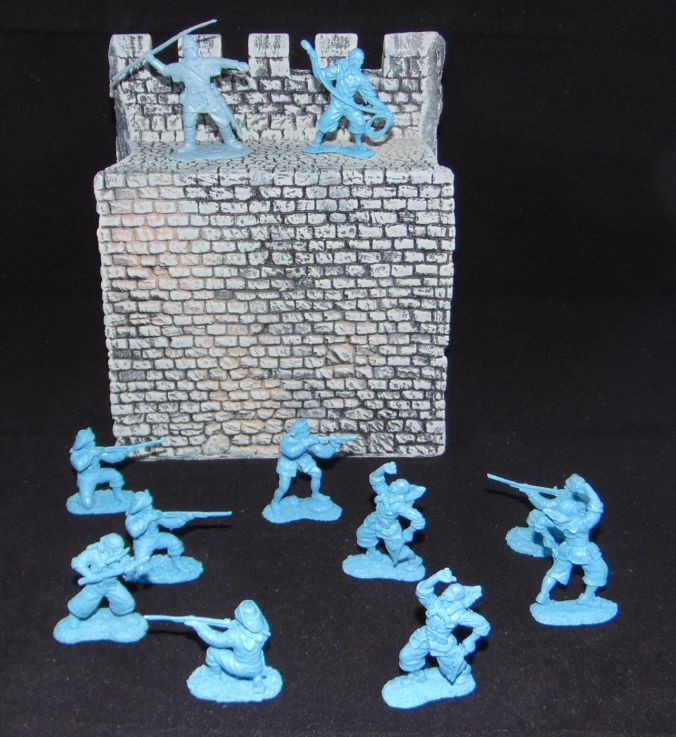 Warhorse Miniatures: Have you thought about creating any new resin figures that would support existing sets or themes. For example F&I War British Artillery set?

Ken Ciak: Yes, I certainly want to add on to the existing sets with new figures and sets. I am excited to introduce my sculptor to the production team in Indiana. A lot of creative genius between them and we will be putting out some fun items over the next few years. 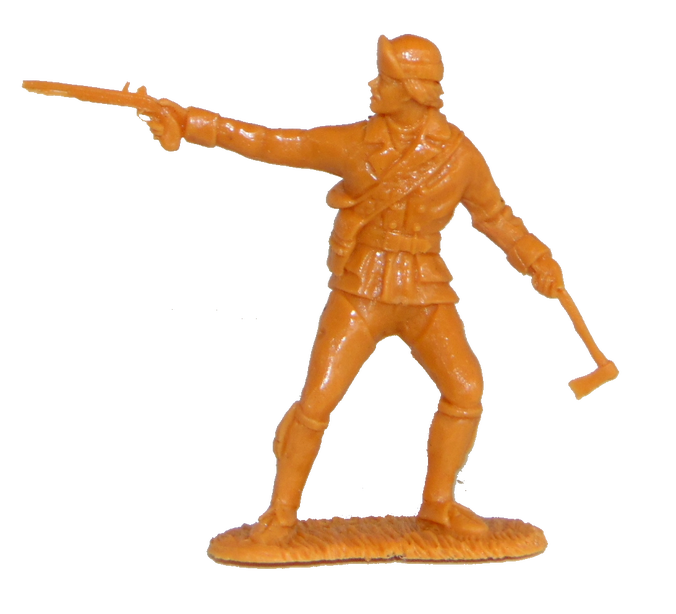 Warhorse Miniatures: Would you like to tell the collectors anything else?

Ken Ciak: We are excited about the acquisition of Barzso Playsets and keeping the legacy of Ron’s creativity and imagination available for new and experienced collectors. He and Mary Ann have become good friends and I can think of nothing better than taking their products out to more and more people.

That being said, we verbally closed the deal a few weeks ago and just announced it at the Chicago Toy Soldier Show. There is a lot of research and work to do on my part (Ron will help). I will keep you and our enthusiasts updated frequently on social media and my website, but we are in the earliest stages when looking at upcoming releases.

Thanks for all of the support and we are excited to take collectors along on this expansion with us.

That concludes the question that I have for now with Ken. I hope to continue helping him in any way to continue the fine traditions of Barzso Playsets. I will be doing another post in the near future about the Barzso products. Any feedback from the collectors is most welcome. 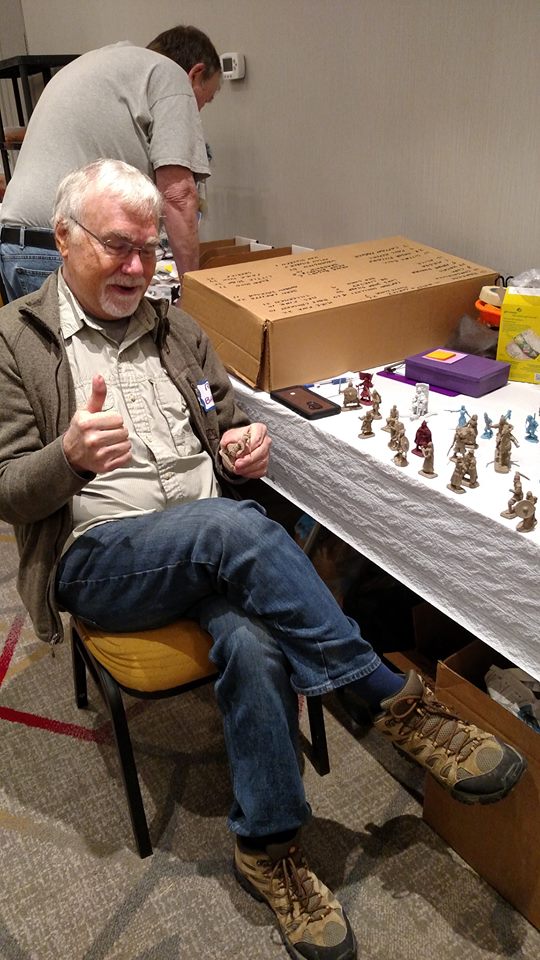 Most collectors will be happy about the recent news of Barzso Playsets. But some of those greedy eBay sellers will not. I will try to keep spreading the word about new old stock being made as they come out.

I will have some more posts this weekend about the show and LOD. Take Care for now & Thank you for reading.