“Remember the feeling you had as a kid when you received a playset for a present?”

“Looking at the box, opening those little bags that contained treasures never before seen, setting up for the first time… Well, now you can recapture those feelings with a brand new playset from BARZSO PLAYSETS!”

These are the words you will see when you visit the Barzso Playset website. In 1993 Ron brought back the second Golden Age of Toy Soldier Playsets. Barzso Playsets released their first playset “Roger’s Rangers, In the Attack on St. Francis”.

It was the first new American produced playset in about 25 years. Barzso Playsets would release a new playset almost every year after for the next 25 years. Most of his products were focused on early American history. From early colonial history to the American Civil War. The French & Indian War was a major theme of his. The Native American Indian figures are some of the best figures every produced. He also brought to life some of our childhood classic stories like John Stevenson’s “Treasure Island” and the medieval tale of “Robin Hood”. 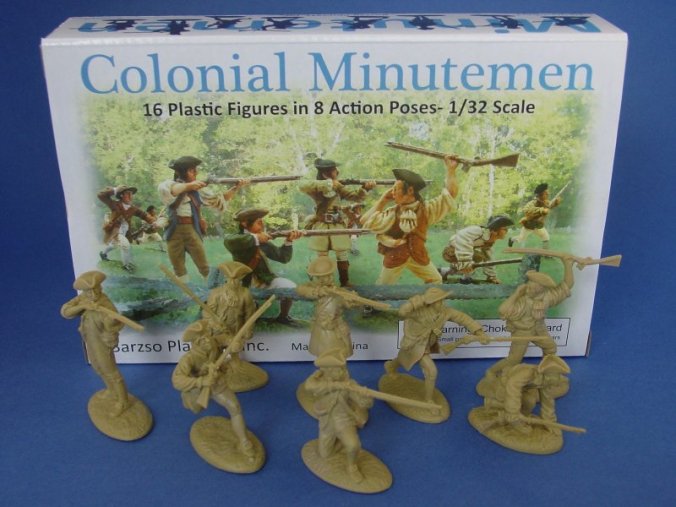 Besides producing some great playsets Barzso sold figure packs, different kinds of small accessories and foam buildings. But some of his best products had to be the forts and castles they made.

Barzso brought collectors dreams come to life. Today his products are very desirable and can command a premium price.

This year at the Chicago Toy Soldier Show Barzso Playsets in a joint venture with LOD Enterprises will release a playset together.

The other day I got a chance to talk to Ron Barzso and ask him a few questions. He and his family were busy packaging their final playset the “Battle of Yorktown: Attack on Redoubt #10”.

We talked over the phone. This was the first time I did an interview over the phone. I had some questions written out to ask. The conversion was almost a half hour. As we talked I took notes to use later on for this article. The conversation moved into different directions as you will see as you read further. 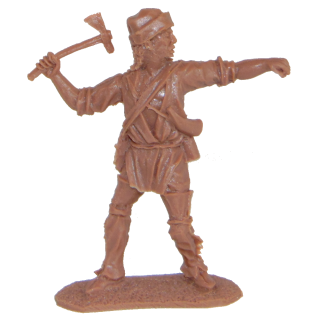 Warhorse Miniatures: Hi Ron, thank you for taking the time to answer a few questions. I would like to say I am a big fan of your work and have followed your company for a while now. It started with the first playset, Roger’s Rangers.

My first questions is; Who is Ron Barzso and how did all of this start?

Ron Barzso: (Ron laughed at who is Ron Barzso) Ron told me he was a 5th grade teacher(his wife Mary is also a teacher) and a collector of toy soldiers. He would go to the shows in the 1980’s with like sixty dollars in his pocket and be amazed at the prices that some of the playsets were going for. After a while Ron got tired of seeing nothing new being produced or nothing that he was interested in. He started doing some research on making his own playsets. After seeing collectors spending a lot on old toys he realized that there would be a market for his products. So he started reaching out to different companies. He started working with some small local companies to start the business.

Roger’s Rangers raiding. Here is a picture from the http://playsetaddict.com/

Warhorse Miniatures: One of the main themes of your sets is early American Colonial history. Your first set was Roger’s Rangers playset. What was the main reason that you started here.

Ron Barzso: Ron told me he loved history. One of his favorite movies is “Northwest Passage” He said “that would be a cool playset”. He saw an ad about Hudon Allen Studio. He contacted them and met Ken Olsen. Ken was the sculptor of the Roger’s Rangers figures. Ron used a few different companies to put together the playset. One did the figures and accessories. Another produced the buildings.

Warhorse Miniatures: One of the things that I remember about your sets is the amount of detail given. Of all your playsets, do you have a favorite? Or which one was the most fun to produce.

Ron Barzso: After about 15 seconds of thought Ron said he had two that came to mind. “The Last of the Mohicans and Treasure Island”.

Treasure Island is one of Ron’s favorite books. Ron reread Treasure Island and used details from the book to design some of accessories. The late Steve Lortz sculpted the figures. Ron had a lot fun bringing this playset to life.

The second set was “Last of the Mohicans”. While at the West Coast Show in the mid 1990’s Ron was approached by some executives from 21st Century. They wanted Ron to develop a playset for them. These executives were also collectors of toys soldiers. After some talks they agreed to use “Last of the Mohicans” for the playset. Ron like the characters and story. Plus the historical background. Wes Studi even autographed a picture of himself for each playset. Ron said about 550 playsets were made. He was able to visit the studio set of the movie. They gave Ron some movie stills and few blue print designs they used in the movie. One of the blue prints was of Fort William Henry which Ron said is about twelve feet by 3 feet. It is a everlasting reminder of the playset and movie for him. 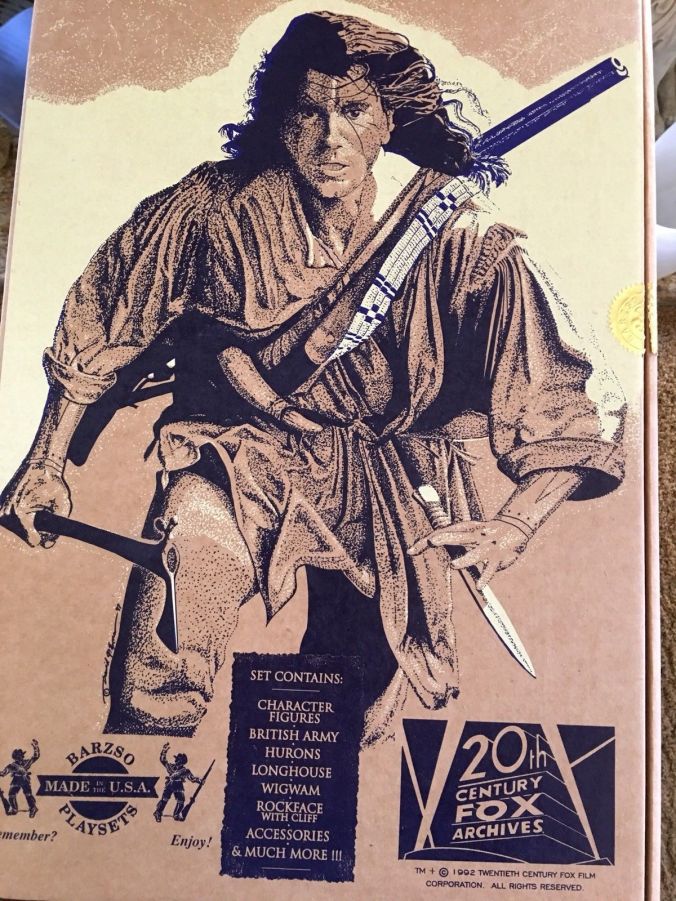 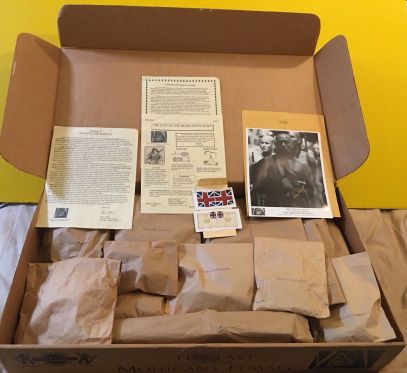 Both of these sets were followed up with expansion sets. A few ships where made and a Pirates cove set were made to go with the Treasure Island set. For the Last of the Mohicans set they made Fort William Henry. 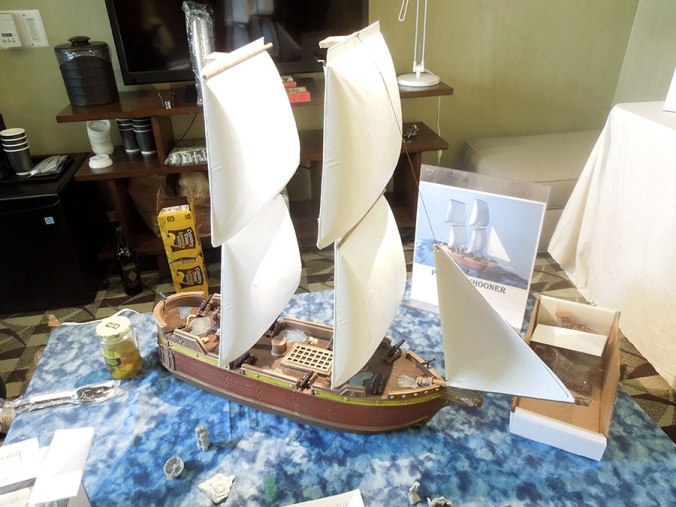 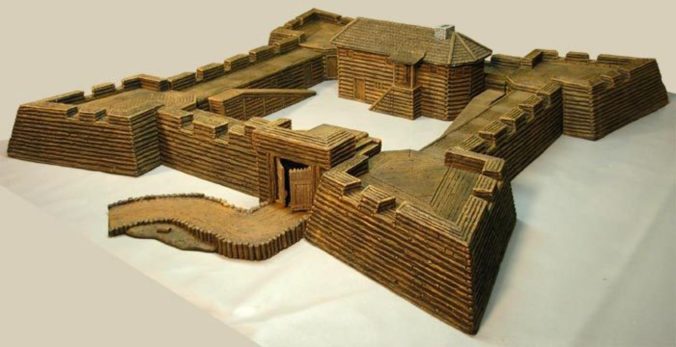 Warhorse Miniatures: In 2017 you allowed Ken Ciak of LOD Enterprises to produce your Medieval and Revolutionary War figures. Now that your going to retire soon, do you have any plans for Ken to produce some of your other sets? And if yes, which other sets?

Ron Barzso: Ron said that he sold the rights to the Robin Hood medieval molds, Lexington Green molds and the Yorktown figure molds to Ken. They came to an agreement to work on the Yorktown Playset together. Ken providing the figures and Ron gathering the other parts for the playset. 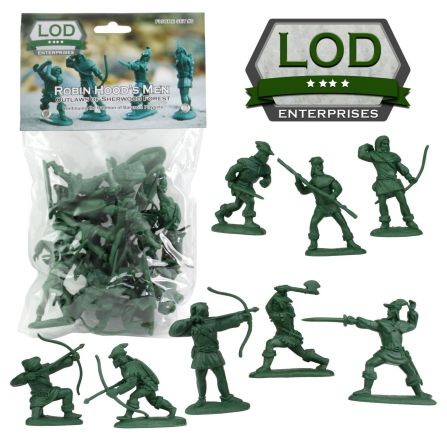 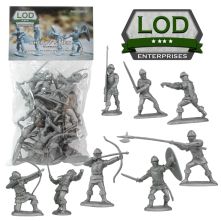 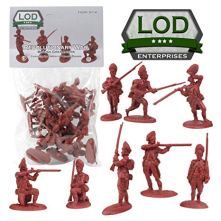 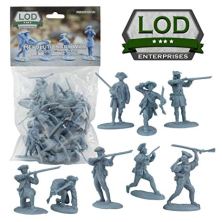 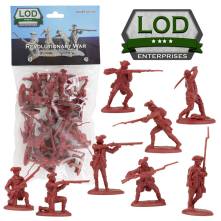 Ron never did answer the second part of the question. But I asked Ken about it and he said “Ron and I have discussed his molds and the opportunity to purchase them. We have not delved too deep into the details but will look to do so in Schaumburg” at the Chicago Toy Soldier Show.

Ron Barzso: Ron said he enjoyed meeting Fess Parker while they developed the Fess Parker Daniel Boone Playset. This was another licensed playset. He spent over 3 hours talking to Fess. Fess was surprised about that there was any interest about him acting as Daniel Boone after all the years. This playset was almost produced as much as the Last of the Mohicans playset. 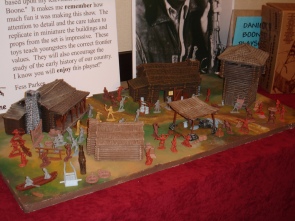 (from here we jumped into the prices of Barzso)

Ron Barzso: Ron said he was a little surprised about prices of what some of his products are going for now. But he said collectors will spend whatever their willing to get what they want. He said he gets requests for some of his items that are over 17 year old sometimes. And that collectors from around the globe send such requests. 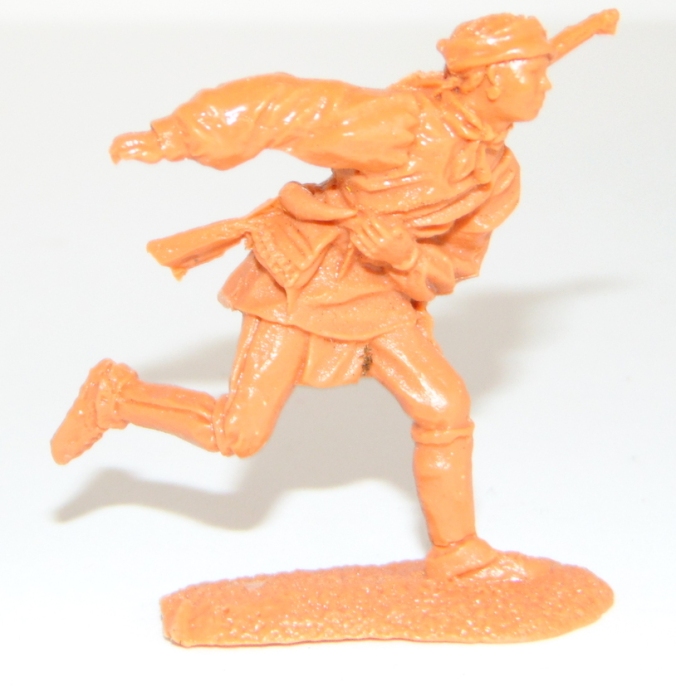 Warhorse Miniatures: You told me that you plan to retire after the Yorktown playset. If you could design another playset what would it be? 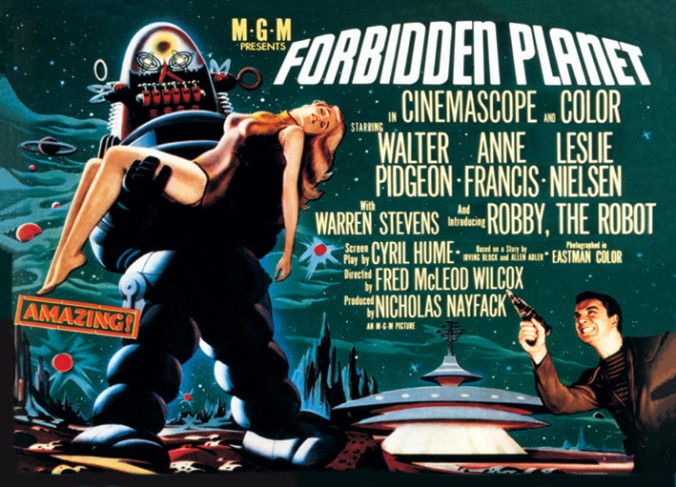 I later found some pictures of toys and images of what could have been?? The Barzso “Forbidden Planet” playset. 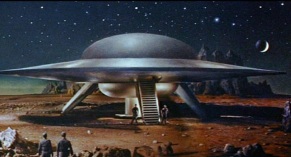 or The Barzso “The Time Machine” playset. 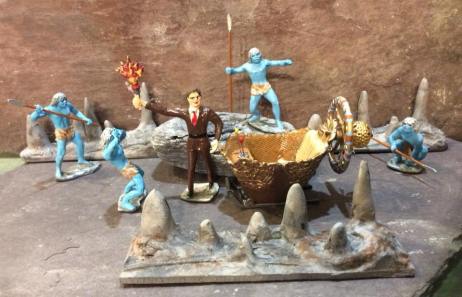 If Ron ever makes another playset I bet it will be really cool. I brought up the idea of zombies or the Walking Dead. He liked the Walking Dead zombie figures that where made at one point. He is surprised that they were not produced into a bigger production.

Ron Barzso: Ron talked a little about he history of the battle. He mentioned about the Redoubt #10 being a surprise attack and the American soldiers were ordered not to load their muskets. They would use their bayonets to charge the British to take the redoubt.

He said the redoubt would have 3 sides. Six different sets of figures included. A few character figures like Alexander Hamilton and George Washington. The figures were sculpted by Jim Holloway. These were some of the things he divulged.

We then talked about how much he liked the action poses that these figures had. He also mentioned that he had planned to originally release this playset the year after the Lexington Green set. But he ran out of gas and put it to the side until now. He is excited now to finally release the Yorktown set. 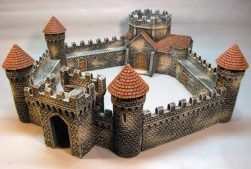 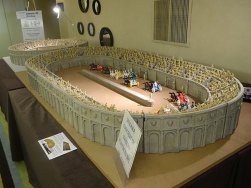 Warhorse Miniatures: This is my last question. I would like to thank you for the time you took to answer the questions. It saddens me that your retiring. At the same time I am happy to see that you will be enjoying yourself in retirement. Is there anything else that you would like to say about Barzso Playsets?

Ron Barzso: One of the things that we discussed was some of Ron’s plans when he retires. He talked about traveling and his interest in preserving wild flowers. He also mentioned that it was mainly he and his wife that would handle the daily tasks of the business. From taking the orders, to packaging item to be shipped. It was overwhelming at times. He is ready to retire. He is glad to have met all the collectors over the years. He has many fond memories of the toy soldiers and toy shows.

Ron will now be retired but he still will be at some of the shows for the near future. 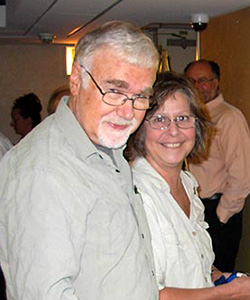 This is the conclusion to the interview. As I was looking for some figures to take a few pictures of, I found some old flyers that Barzso Playsets would mail out to customers. I thought it would be interesting to take a few pictures of those. It was nice that Ron would send a personalized note at times to thank you or answer a question that you might have sent with an order. 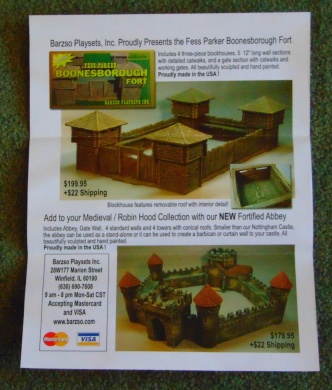 I also came across some old order forms. I wish these items were still in stock ); 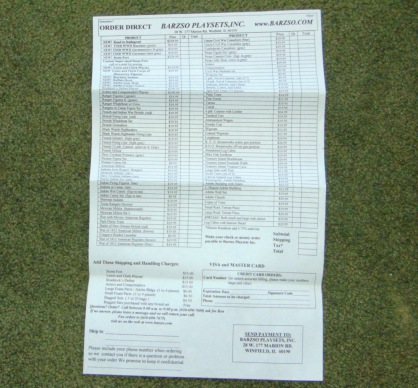 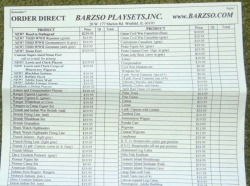 I have been collecting Barzso playset products off and on since almost the beginning. Their playsets of early American History and Native Americans are my favorite sets from Barzso. 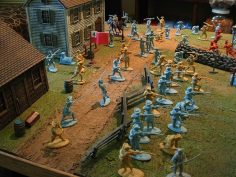 I hope that LOD Enterprises will continue the legacy of Barzso Playset. I have a feeling they will.

10 thoughts on “An Interview with Ron Barzso of Barzso Playsets.”